What’s in a Name

Posted on January 26, 2017 by paynefulponderings 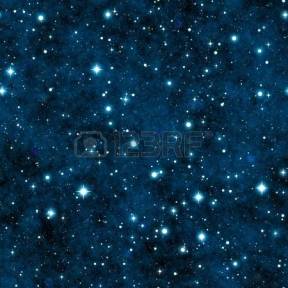 My eyes looked at the brilliant stars in the January night sky. Two stars, or planets, maybe, drew my attention. I asked myself, “I wonder which those two are?”

I turned to view more of the heavens. Stars shone brightly, some twinkling, some just barely visible. I’m awestruck by how many are up there. Even more amazing is that God has named every, single one. Not a star exists that hasn’t been given a name by God.

Humans give names to their children, their pets, sometimes their cars and homes. Giving someone, or something, a name implies an ownership – my child, my dog. Naming also involves responsibility. I have a duty to take care of my children, my pets, my property.

God gave us that ownership and responsibility when he assigned Adam the task of naming the animals in the Garden of Eden.

“Out of the ground the LORD God formed every beast of the field and every bird of the sky, and brought them to the man to see what he would call them; and whatever the man called a living creature, that was its name” Genesis 2:19 (NASB).

Just as God knows each, and every star by name, He knows us. The stars shine and reflect the glory of His creation in the heavens. We are to reflect His glory on the earth.

“As all of us reflect the glory of the Lord with unveiled faces, we are becoming more like him with ever-increasing glory by the Lord’s Spirit” 2 Corinthians 3:18 (ISV).

Cindy enjoys time with God, her family, and her friends. Writing is her way of sharing how God has worked in her life in hopes of helping others see Him. She stays busy as a wife, mother, grandmother, and caretaker/owner of four horses, two dogs, and five cats.
View all posts by paynefulponderings →
This entry was posted in Uncategorized and tagged beauty, Christian, inspiration, names of stars, naming people, nature, night sky, reflecting God's glory, spiritual, stars. Bookmark the permalink.